High in the air, Elizabeth at three days old was wrapped tightly within my arms. Her eyes had not opened to the world for some time as the continuous hum of the small aircraft was keeping her asleep. My body was battle weary and the coolness of the window brought some relief as my forehead slumped against the glass. I was going home. The runway paved in the harsh light of the city grew small behind me, widening the expanse of Glasgow below as it did. Soon it would turn dark and to my left I could see the sun setting, slowly beginning to pull itself down into the covers of slumber. The month was January, because of this the plane was relatively empty, with about eight people on board in total. A couple of men in suits sat behind me, I assumed having been away for a days business in the maddening crowds of the city. ‘How old is the baby?’ I remember one of them asking. ‘Two day’s’ replied my small and shaky voice. ‘Two days! My, how extraordinary!’. To get on a plane on my own without the safety of Chris had been an overwhelming task, but then so had delivering a baby. I hadn’t gotten so much as a bus by myself for years. A few more sat in front of me. All local, no tourists as the summer had not yet arrived and people tend not to come in the winter. Heavens only knows why, I prefer the place when the fires are burning. The earth was nearing darkness now and below a river of light surged as cars made their way along what I assumed from a height was a motorway. Like a river of molten lava its flow of fired headlamps thronged a blazing path that never ceased. An incandescent wildfire scorching the earth to a runway of dust. So many people I thought. I’ve seen so many people. 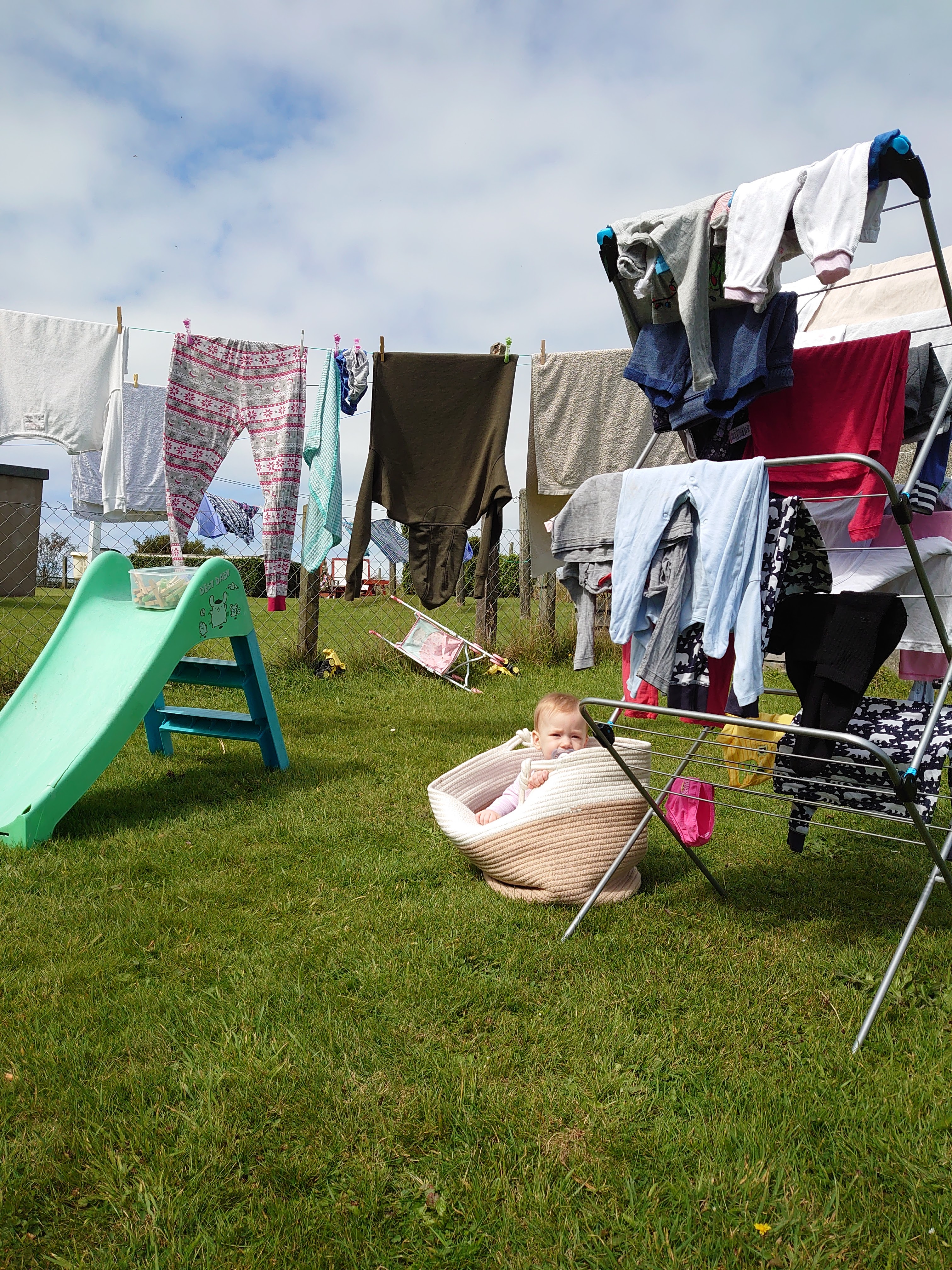 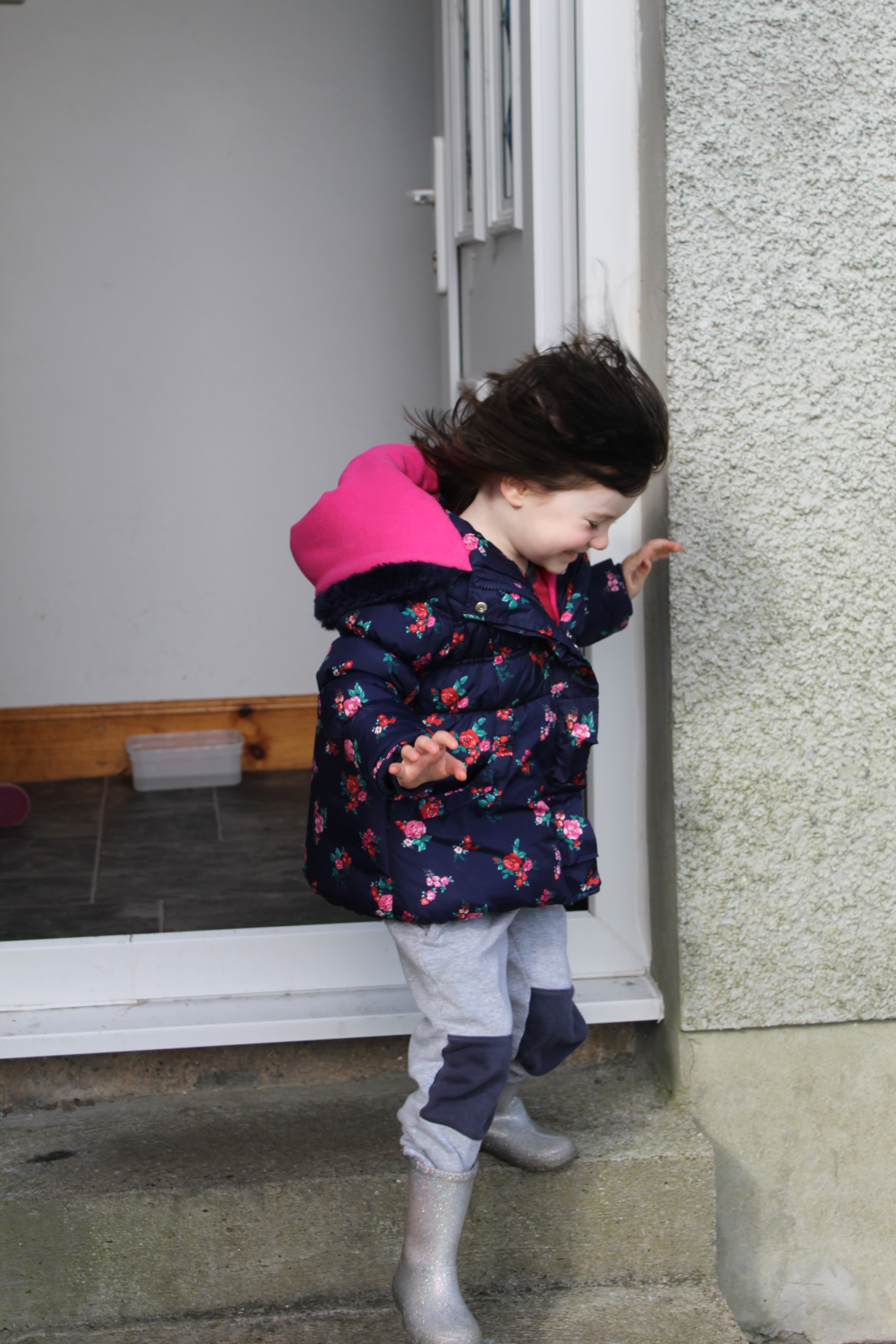 A balmy evening lay in front of me, the land turning a dusky shade of purple reflected a watercolour sea of pale pinks and lilacs high into the heavens. A large slit in the sky broke the cloud apart to reveal a yolk of golden yellow. A single boat heading out for a late night swim passed the window. Gliding across the water it must have been purely for leisure as no haste came from its back as it meandered into the washed out horizon. The day had been a blast of hot air taking me by surprise. I do so hate this time of year for that, I adore Autumn but I like to just get on with it. When the temperature drops and the winds pick up I immediately resurface cardigans, tights and all things wholly. I am therefore always slightly disgruntled and put out when the sun fickle as she is in Scotland feels the need to reemerge in heightened strength. The road connecting the inner coastline of the island had been a hive of activity for some weeks now as tractors whizzed by at high speed and combine harvesters large and wide carried a steady stream of waiting traffic behind them. I stood, watching them, passing each other in constant relay as if in training for an Olympic sport. Busy collecting in the barley for the whisky like bees collecting nectar for a queen. The island soaking into Autumn had cloaked itself in a deep crimson of heather. A richness of shade I had not seen before on such a vast scale, for the heather on Harris had not carried the same hue as the earth was not as rich. I could see whole mountain sides covered, as if a sleepy giant heading to bed and tripping, had split his hot Ribena on the way down. Patches of bruised earth like the palms of a toddlers hand gone blackberry picking. Miles upon miles of the stuff. Bruising the earth to a deep stain, a plush dry carpet underfoot. 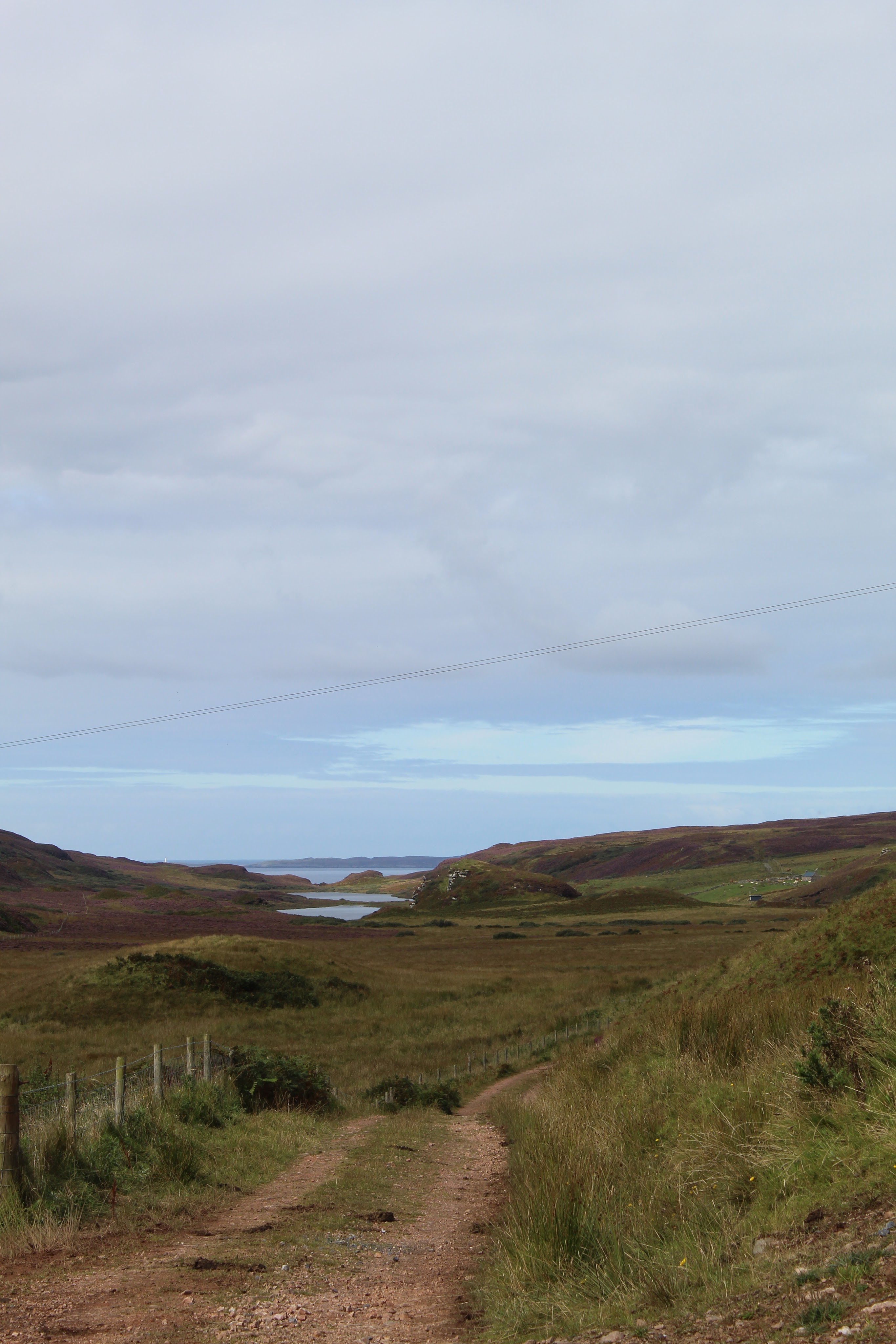 Along the track at the back of the house a hedge of autumn brambles hung ready for picking. Berries as black as ink, shining and heavy with seeping juice. Bea’s small hand clasped an empty butter tub, as one foot in a deep stride stood firm in her wellington to reach the edible prize. Some burst between her fingers like a balloon meeting a pin, its ink staining each finger tip like a seasonal war wound. The rain having poured to a biblical proportion that very morning was now making its way back to its roots creating two small rivers where the tractors make their way up into the fields. This coupled with mud and rock made for unsteady footing and it wasn’t long before Bea’s firm stance took on a more jelly like appearance resulting finally with a bottomed thud. Noah was not remotely interested in bramble picking and having decided this began to make his way home prematurely without us. ‘Come on Bea, back round to the garden’ I ordered. ‘How many have you got in your tub mum? Oh! Lots more! Can we swap?’ ‘Go on then’, I muttered handing over my victory winnings, ‘If we must’.

Chris had been on the mainland taking Noah to the hospital for his eye check up, a little twist to island life that most wouldn’t think of. Going to the hospital in most cases is an all round lengthy trip that takes a few days. A trip however that brings mainland excitements of visiting MacDonald’s for happy meals and going to huge supermarkets that sell clothes, food and toys all in the same building! It involves more different people in one day than we probably meet in a whole island year. Cars, sounds, traffic lights and round about’s. Shop’s selling so much choice its hard to choose! I was more than happy to sit such an expedition out and so Chris armed with Noah and his glasses went alone. Being on my own however was no daunting task for I have always immensely enjoyed my own company. Bea snuggled up between layers of duvet and fleece stared up into my face and smoothing away her ever increasing layers of dark chocolate hair asked me to ‘Sing that thing’ from her dark chocolate eyes. ‘Darling stand on my shoulders up where its clearer, simple and good, darling I’ll lift you higher and you’ll learn much more than I ever could’. The wind having declared war against the land was pounding on the windows. I had yet to make my own dinner for one but after hearing such a battle taking place abandoned my idea of venturing to the shed to collect noodles for soup. Toast I decided was a much gentler alternative to round my evening. ‘Whenever it seems you have tired and broken wings, cant see through the tears in your eyes.’ 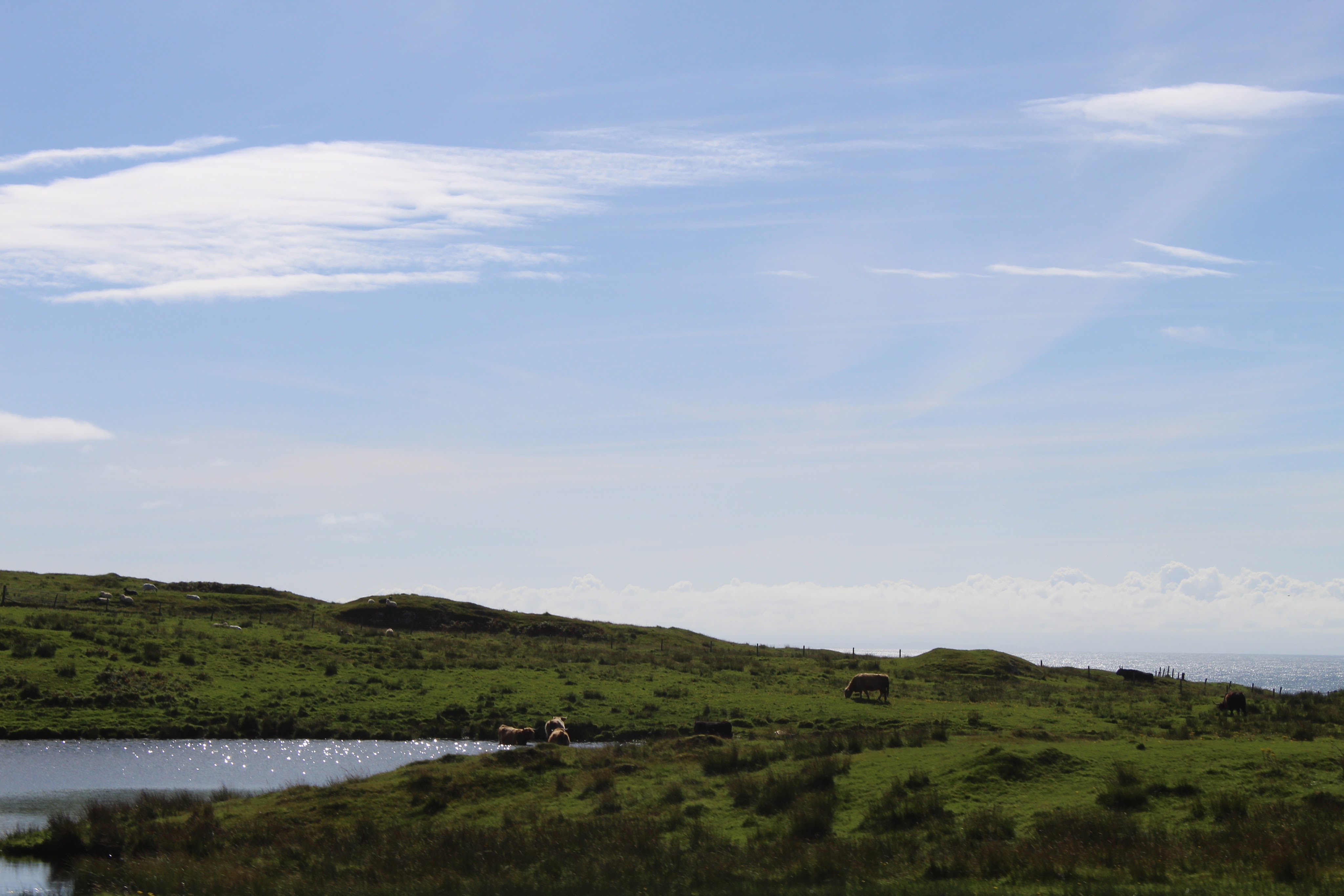 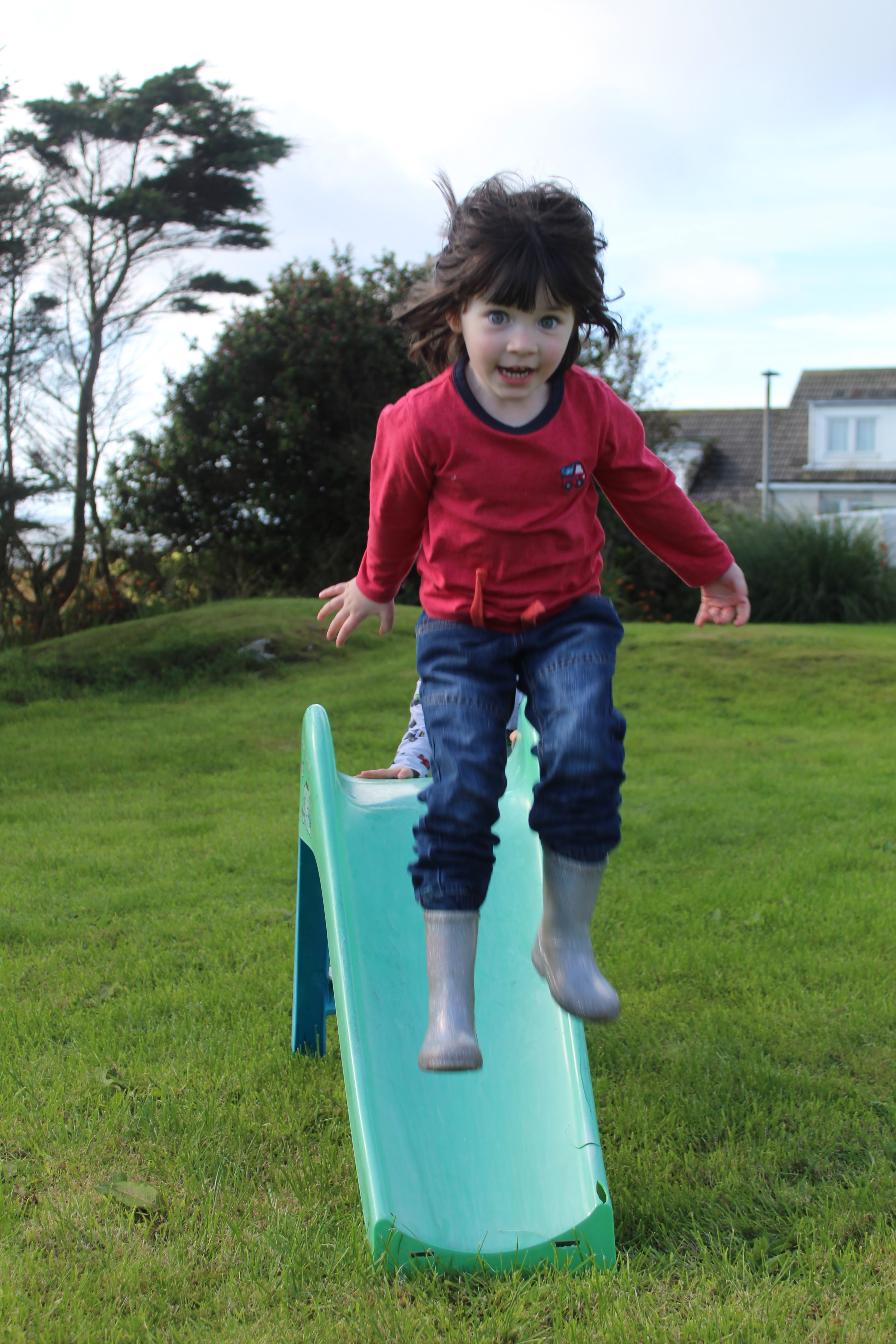 Elizabeth was asleep in the adjacent bedroom heavy and soft, resting like a pebble on the sands worn down and shaped by the wild Atlantic way. I thought of my children and how island life would god willing shape them. How moving from Harris had involved a deep sadness that my children would not grow into island children as I had imagined, wellie clad and tough skinned against the cold wind. How the island runway I had so desperately tried to pave at the time had cracked and become unable to house a landing plane. How at the time I did not see it was shaping me so that I may be bold enough and strong enough to map the ground work for the unknown island ahead. Bea gaining deepness in breath became soft and heavy beneath my arms. Soon I would venture downstairs to stand looking out over the Atlantic and watch the wind sweep the land clean. A different Island than one the I had started out on but one with the same life in which I had prayed to pave upon. So many prayers I thought, I’d given so many prayers. 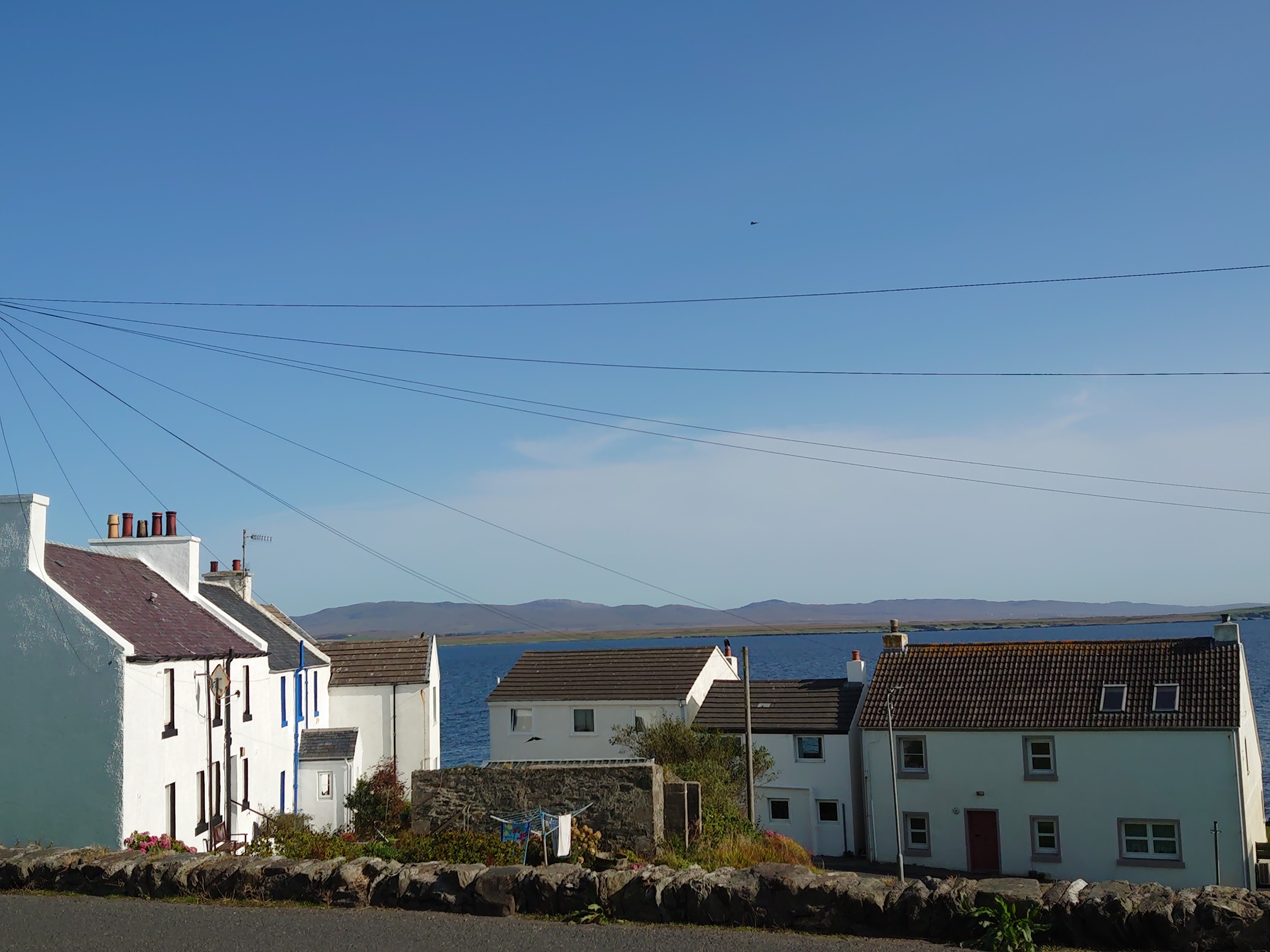 A mop of hair fell over Bea’s lids causing her eyes to dance with a sleep induced flicker as I carried on into the last line. Smoothing the hair away to leave her bare face soft against the landing light. I journeyed back to landing home on Island soil that day, how clutching Elizabeth in my arms I felt the thud of the hard paved runway. Chris would meet her for the first time in that small airport waiting room. How island living had shaped me instilling a strength of heart that I could not draw from mainland life. I had changed into the bare faced girl who loved to stand against the cold salted wind soaking in the peace from the drama of the landscape. Softer and larger now than the waif of the young girl in those body I had started out in. Who could now push and pull dough to form a well made loaf of bread and who upon peering into a sink full of crabs so fresh they were still alive, found no strange or daunting task in making a dinner of them. So many people I had left behind now, some with sadness, a lot with relief and in that I included myself. The islands winds have shaped and worn me smooth like coastal rock jutting out into the Atlantic. Softer and rounder, I stand on the islands edge and take up the space for which I was created. Face pushing toward the sun like a well established sunflower searching for the light. I now, once more but stronger this time pave an island runway for children. As I sing them to sleep, accompanied by the wind, in the palms of my hands. ‘Baby I’ll be, paving the runway for I know that one day you’re gonna fly’.

To my own mother, who even when it was hard paved the runway. From the Scottish Isles, yours faithfully. Lucy x

Thank you for reading dear friends, I hope this finds you well. I have been a busy bee these last few weeks. I was very honoured to have been interviewed on my journey so far in being a writer, you can find the interview here. https://www.creativelifehappierlife.com/post/writing-from-the-hebrides-lucy-martin

As well as now writing for Holiday homes Islay, you can find the ‘mini blog’ here. https://www.holidayhomesislay.co.uk/post/oh-for-dark-nights-and-crashing-waves

Remember you can find me on Instagram and Facebook for an even more in depth view into Island Wife Hebrides AND don’t forget to subscribe so you never miss a blog plus exciting news coming soon!

4 thoughts on “Paving the runway”