January came, as it always does and with it that dull rain that signals very little. By this point Christmas had faded but spring had yet to begin its yearly hum. A kind of no mans land, where especially in Scotland the season stagnates and appears unending. Long hard winters are a Hebridean fact file and they take a little getting used to. Plus a knock on the chin if you were expecting something gentler. Its hard to believe at this point in the years cycle that the green of spring was ever here before. But it was – its important we don’t forget. The cold drifts away, eventually, and with it new life cracks open. My eyes become forever searching for that first change in hue. A fresh blade of greenery pushing through dormant ground, like a lighthouse cutting through the fog to find a struggling ship. 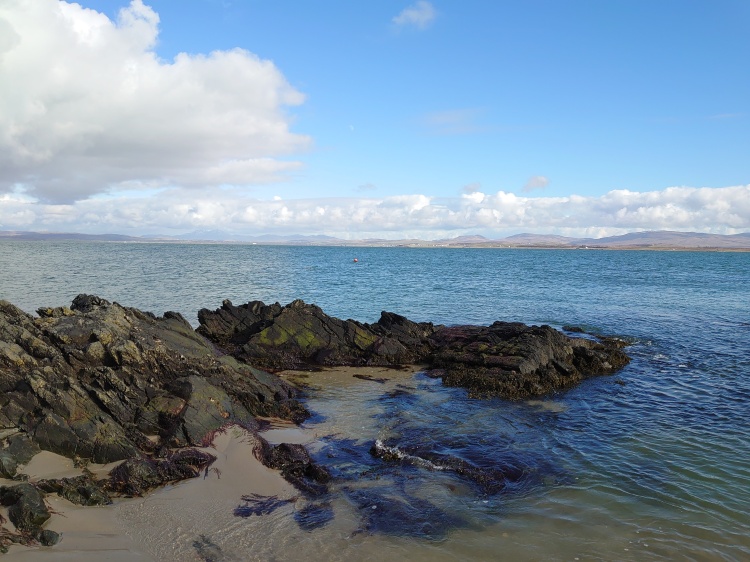 January is universally known as a long month, appearing to lengthen as it plods on. Though for us, as I got heavier and slower, January quickened to the final stretch of new life arriving. Expecting a child on a Hebridean Island is quite different from when expecting on the mainland. Some islands have hospitals, some don’t, but for the most part islands have small hospitals which have a small emergency department and various clinics. A doctor is on hand, but you would be transferred out to the mainland if it was anything that needed urgent attention. If time was on your side – which for me – I thank my God it was. The first time I had to be transferred out I went by coast guard helicopter. I was at this point relatively calm. Flying over the islands out onto the ocean. We raced the ferry over the waters waving to Chris and the children below. It would take them hours upon hours to reach Glasgow. Quickly outrun I left them to their journey lastly to see the glittering expanse of the mainland below. Along with a crew of men that I joke not resembled strapping giants. If you were stuck upon a mountain top in distress, their arrival would take the edge off.

It was a different matter the second time around. In the dead of night I was strapped into a tiny air ambulance which felt what I would an MRI machine to resemble. Stifling. The darkness was scary and all I could do was to shut my eyes and be still. As the fans went round and the engine went on, my heart beat, ‘I am, I am, I am’. Hundreds of miles up in the air alone with the realisation that I would be having this baby on my own. Chris was alone on the island, travelling along sheep lain roads back to sleeping children who would wake in the morning to find me gone. I wasn’t however completely alone. For Jennie was with me. Ah, Jennie. Standing for all the goodness in the NHS. She travelled with me on both occasions, becoming both friend and professional. As we swept through the night like a feather in spilt ink. Faces appeared here and there, but for the most part I kept my eyes shut. All the while knowing that Jennies face never left mine. 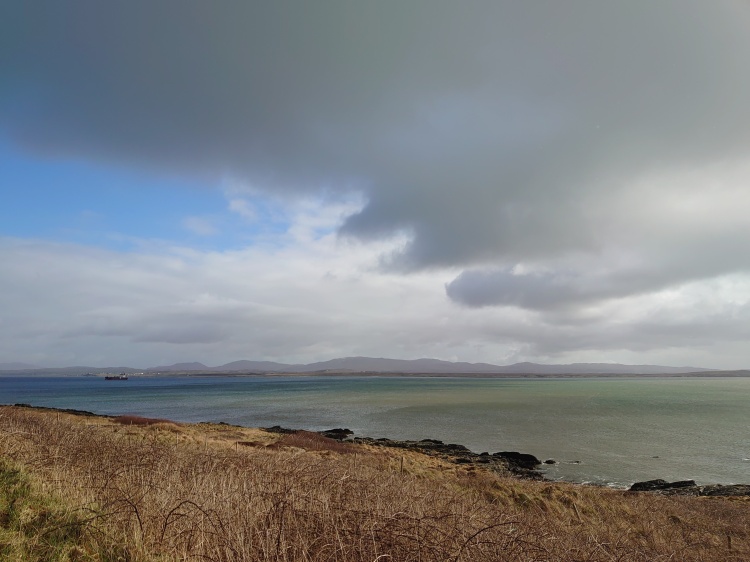 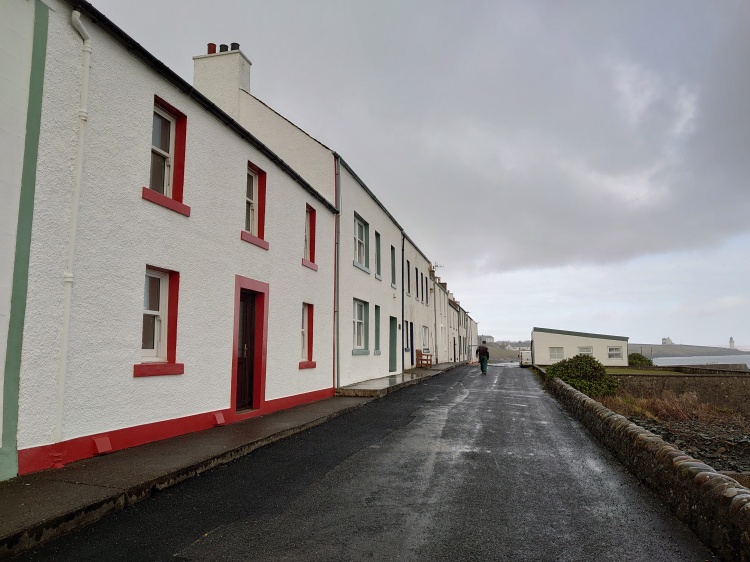 At two weeks early Elizabeth- Ruth was born at 7am on the 21st of January, And then, immediately and drastically, something wasn’t right. Elizabeth- Ruth had arrived and yet she wasn’t in my arms. Someone was holding my arms and faces began to appear like black inky splodges when you’ve glared upon the full force of the sun for a split second longer than is good for you. And was that the sun I could see? A very harsh light, making shadows of heads around me. No that cant be the sun I thought. There was no warmth as a growing chill was creeping through my body. It was around midday when I eventually saw her. Neatly wrapped and placed next to me. Too tired to yet hold her she peered unblinking through the transparent plastic of the hospital cot. ‘Hello little baby. Nine months ago I prayed for you’. You forget how small they are don’t you? No matter how many spring arrivals you have, no matter how many times you enter that season. You will always be amazed at the sheer tininess of life formed. The absolute immensity of being in such a small parcel. Like a furled bud once hard against the elements. Beginning to vibrate with the internal power of tightly wrapped energy. Bursting into earthly softness, weightless as a petal on the tip of the breeze. We stared at each other. The darkness of winter had faded. The harsh winter sun had lost its clinical glare and in its place a soft mild light began to permeate. Feeling as disorientated as a mouse that had made it through the winter slumber I breathed a sign of congratulated relief and drifted back to sleep.

Someone eventually phoned Chris – he had been none the wiser. At the time of delivery he’d been in the small Co – op here on Islay. Chris. Never had I gone through any experience without him. Never had he been unknowing to any hurt or laughter I experienced until this point. In nearly four years I hadn’t even gotten a bus by myself let alone travelled to the mainland by plane to have a baby. I felt as if I had been in a car crash, trauma is how it was explained to me, the body had experienced a high level of trauma. I would never be able to explain to him the reality of that situation. The sheer weight of what my brain would naturally store away until time and possibly old age would take it from me.

I have come to find being on mainland difficult since moving to the Hebrides. It reminds me of those little racing cars that are frequently given to boys at Christmas time. You know the ones I’m talking about, with the loopy track? The small child holds the controller and the little tin cars go round and round until eventually they zoom off the track, soaring through the air and crashing somewhere in the living room. Island living becomes a new normal as you remove yourself from the race track of modern life. Being torn away from it, is for me, anxiety inducing. I saw more new faces in my time in that one hospital than I had done in years. Eventually they blurred into a kind of rounded mass. I wanted Chris’ face and I yearned for the sharp air that whips off the Atlantic on mine. But one face was familiar, at visiting time there was Jennie. Unable to land back on Islay due to fog the plane had turned back round to mainland and there she was at the foot of the bed with something to eat. A superhero with a Marks and Spencer’s bag. She was the light in a time when I struggled to find any. A fellow islander, bringing the safety of the lighthouse to me. ‘Jennie, meet Elizabeth’.

To Jennie – The island midwife

31 thoughts on “The Lighthouse”