Harris has begun to exhale its finale breath of winter. The mountain stretching above the house on some occasions has housed a sky of cornflower blue and in the early evenings a lull has begun to break. A kind of sunny coolness that signals a change in season. The promise of ultramarine skies and balmy evenings to come. A strange sort of feeling this year. Last year everything was new, unfamiliar. I knew very little and knew no one. And now, with a shift in season comes a shift in circumstance. I walk with a little more contented purpose in my step. I have come to know the pace of Harris. I know that when people say ‘Aye, I’ll get that done’ it could mean next week or next year. Whenever the time comes or the motivation stirs. There’s little haste or worry. I have come to know the ways of the skies and can read them rather well without an internet forecast. A Hebridean born and bred is better than any learned weather man I can vouch that much. I now say things like ‘Aye’ and ‘Its blowin a hoolie!’. Chris says I get more Scottish everyday albeit with a twinkle in his eye. I have come to recognise the wing span and flight style of numerous birds. And most importantly have made a friend of the wind. Knowing she is never away. Always there and learning a great comfort in that. Like an old family dog that never dies. It is not a feeling of ownership, my step is not filled with a righteousness. Nor the notion that the mountains belong to me. No. More, I belong to them. I doubt I could transfer back to mainland living now. I doubt very much I’d understand it.

I slumped my forehead against the cold glass and peered out on the dusk. Two prominent stars hung in view and the moon like a single eye lash swung ready for the blow of a nomads wish. I cupped my hands around my eyes rubbing my close breath off the window as I looked out onto the inky line of sky meeting mountain, meeting sea. The nights fall so dark and across the way over to Scalpay I can make out beaconed windows sitting deep within the inky blackness of the rock. Its particularly windy and for a number of days the ferry to mainland has been cancelled. The post has slowed down and like a wrongly stationed radio the wind has made a layer of constant white noise in the background of my daily life. It strikes me that to a number of people I would appear isolated. The thought of not being able to leave would maybe even perplex and frighten some. But to me I feel blissfully safe. The world to a certain degree could blow itself to bits and I, standing here would be rather ignorant to it all. Scarcely reading any tabloid or watching any tv. Are you not isolated up there? No I say. I wouldn’t be isolated on St Kilda. To which eyes always show a humouring shadow of disbelief. There’s no Tesco’s on St Kilda you see. I have grown sick and weary of the outside world this winter. Of the internet and its so called glamour thrusting through all the gaps in my day. Uninvited and always I have learnt empty handed. I am tired of its bleeping and colourful noise. It no longer fits within the walls of my days. As if instructed to complete a single jigsaw with two halves of different boxes, I have become puzzled and exasperated with its sheer setup. That’s me off to bed Chris. Lucy its seven thirty he announced with a slightly raised brow. It cant be. I cant go to bed at seven thirty I said proudly and so I sat till eight believing this to be a far more respectable time in the evening to admit defeat. Whilst the wind, as always, howled on. 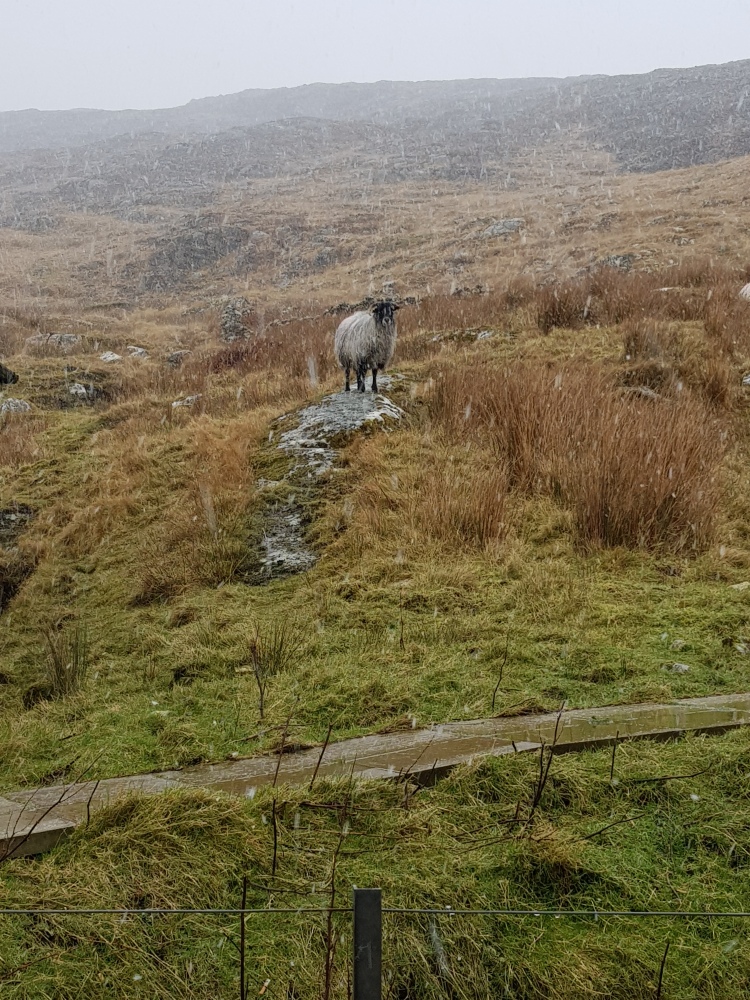 That morning as I had heaved on a heavy waterproof fit for Scotland and thrust a warm hat over my head I breathed in the cool new air. Snow is overhead I announced. The sky was a single tone of white and nothing around me stirred as if gearing up for oncoming battle. I’m taking the dog out! I had shrilled over the cacophony of the household. Chris simply raised his hand in acknowledgment, accepting whilst busy on the phone that I had the upper hand and he simply had to let me go. ‘Come on Shug, put your wellies on, we’re going out’ I slammed the door behind me revelling at the cold sting kissed upon my cheeks. I had felt cooped up, like a mad hen and had yearned for the cold harsh wind of the Hebrides. Sharp on my face. Chris and the children had been ill and I with my best hypothetical starched apron had done my best in keeping up with motherly demands. Clutching the lapel of my coat firmly around my throat I set off in pursuit of Shug. Through the bog, past the old crofts and over the mountain. The breeze of the Hebrides on my tail. 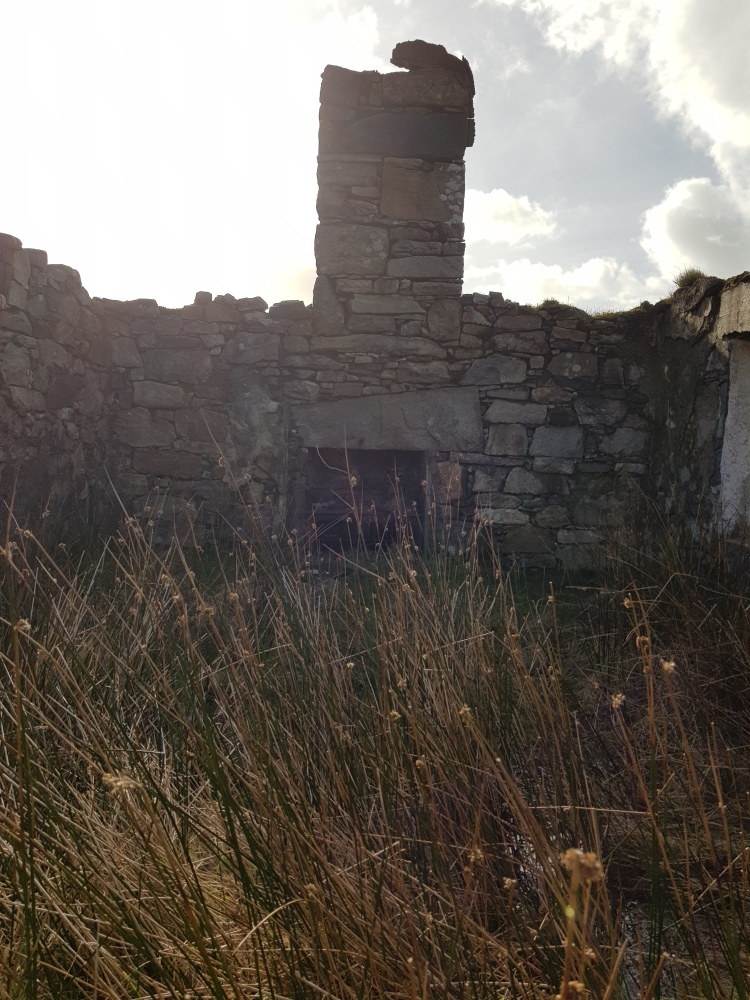 Skirting in and out of old ruins and into the thick Hebridean wind. I felt renewed and exhilarated. Stopping only for shelter under a large rock when the hail rained down. Beating my face and making me wince. I walked with purpose and vigour coming far down the Isle where the Atlantic opens up and there is nothing but sea, air and sky. A large stone croft stands far down, completely hidden until quite near its perimeter. Miles off any track. I stood in its now absent doorway leaning against its old but immensely solid structure. Completely isolated with nothing but the breeze of the Hebrides and a dog for company.

5 thoughts on “Feel the breeze of the Hebrides”