My Tweets
Posted on February 8, 2019 by islandwifehebrides

After having moved to The Isle of Harris there became days, encounters, conversations to which I have little recollection of. New faces blurred on mass and unknown places with foreign signage became jumbled as I tried to navigate deep waters. When you move somewhere that holds a change in culture your brain churns through information at such a rapid speed. There are however moments in time which as if distilled and bottled I remember with such clarity I could recite it from script. The morning after we arrived, alert against the sharp new air, I stood with Chris, his dad and Elliot. Both of whom had helped us move. 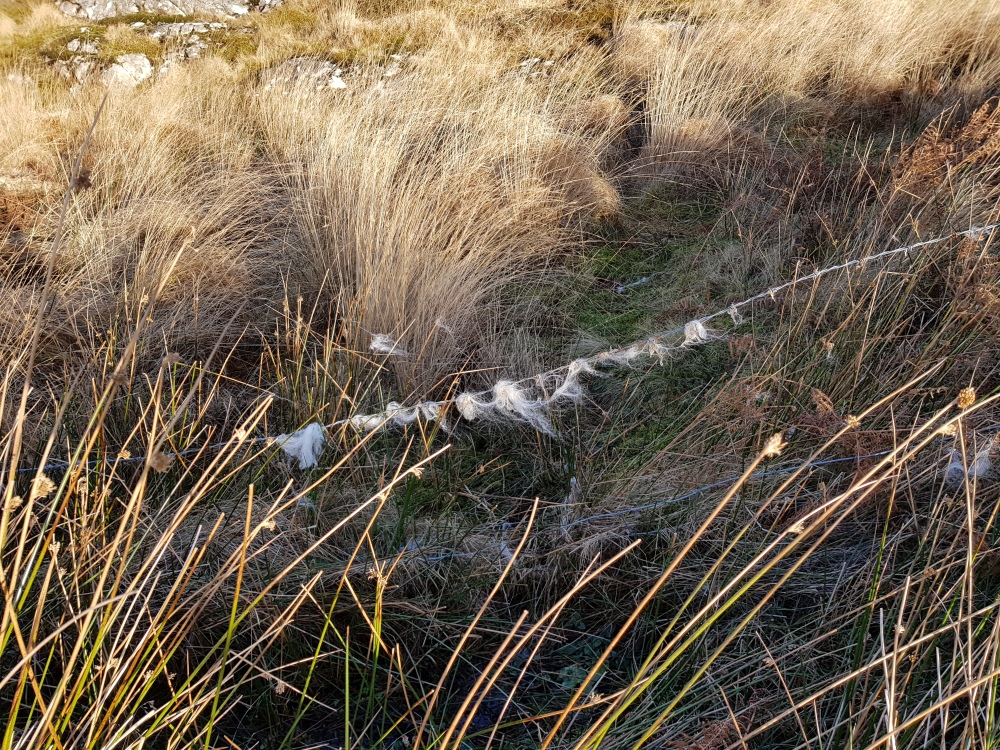 ‘What are you going to do here Lucy?’ Elliot had questioned with a little more concern than curiosity. This question hadn’t startled me, nor did it overly spark my own curiosity as to the answer. For I had, as the previous months unfolded into Christmas been asked it countless times. I had no particular answer to any of them just as I had no particular answer to Elliot. For I didn’t know myself. What was I going to do? I had very little idea as to why I had been called to Harris. But called I had been, by something greater than myself and all the complicated weaving of life. That was enough. It was enough for me to follow a voice into the unknown. A small still voice inside telling me to go. It was enough. It may not have been for you; you may have not wanted to take the risk. But it was never a risk to me, I was sure it was always going to work. So I answered Elliot the same way in which I had answered each that had questioned before him – nonchalantly – ‘Live, I guess. I’m going to live’. Now don’t be fooled by such an answer reader, for such an answer insinuates I knew how to do that. I didn’t and I still had very little rhyme or reason as to ‘why’ I was in fact on Harris. Sure, it was a place of work – source of income – so you could say that. But I needed a little more than that. You can work anywhere, doing anything, if the object is only a payslip. 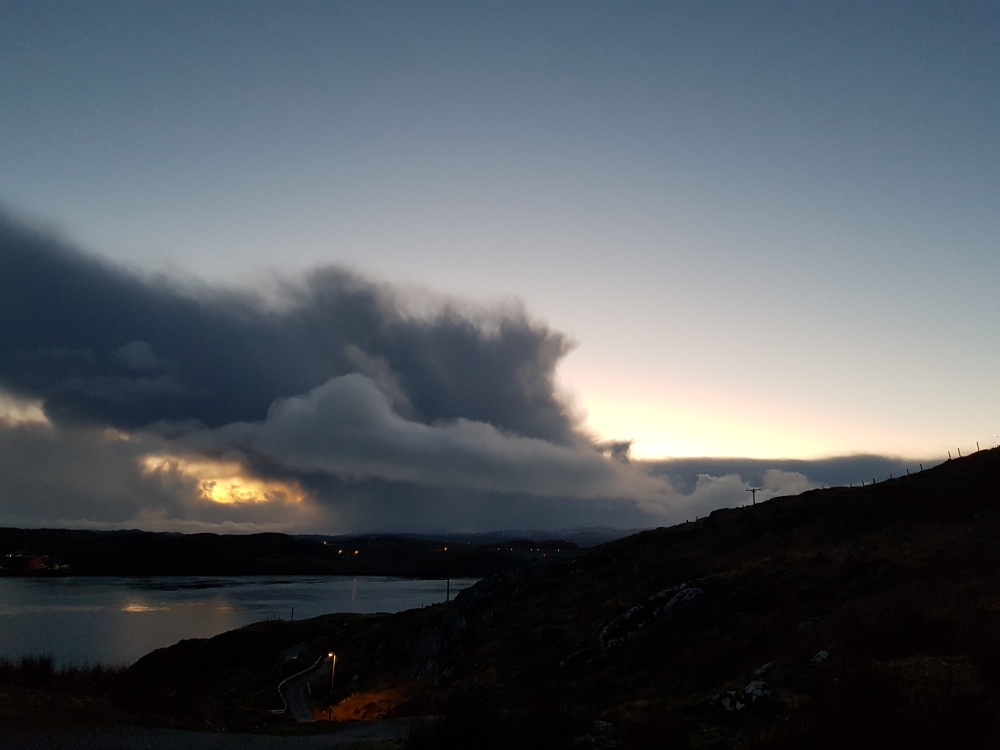 December in all its darkness quickly passed as we prepared to move yet again at Christmas. Though this time still rooted within the Harris hills it was houses not islands to which we’d have to navigate. Finding an available property on Harris is like trying to find Nessy in her loch, hard work along with plenty of false sightings. One evening as I sat in a rather crumbled heap – children in bed – I cried. The kind of tears that drip down the centre of your face towards the tip of your nose. Slow tears that burn the face like acid and leave a subtle sting in the aftermath and I prayed. ‘Um hello, this is Lucy. Lord I, um, I’m tired and I don’t know what to say really. Chris isn’t here and I, I need a someone to talk to. I need to know where to go Lord’ I was in need of a long shower, a hot meal, I was lonely, but above all I was tired. Sheer exhaustion had overcome me and I prayed half heartedly for help. Now I don’t claim to have heard a descending boom from the heavens with my answer, in fact I would have been slightly miffed had that of happened for it would have probably awoke the children. Nor did I feel a warmth of light rinsing the tiredness from my face down to my soles. But I did have a small voice, weak and barely audible, with the revelation that I could in fact ask for it. So, teary eyed I did just that, picking up my phone to message, the Ministers wife, Mairi. ‘Of course, that’s what friends do’, she had replied. I was momentarily stunned by such a reply. I had not anticipated it but I had certainly prayed for it. For the first time I slept quite deeply that night. All because I had asked and I had defiantly – from a still small voice – heard a reply. The next day we heard of Kyles. 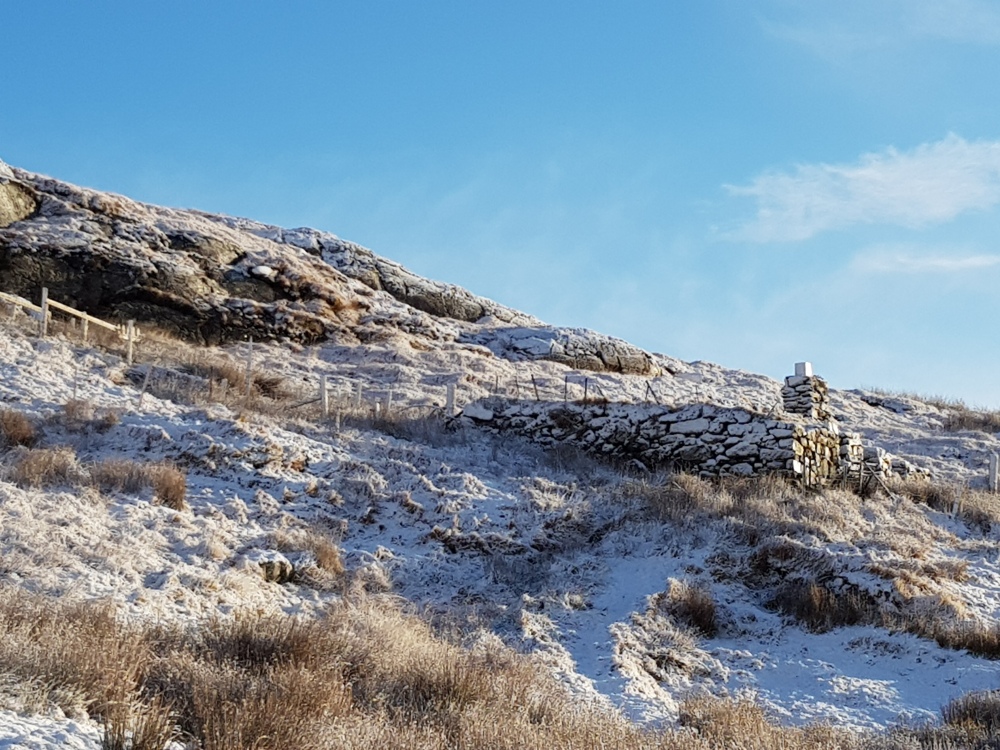 Our date to move to the ex-manse at Kyles quickly became the 22nd of December. Not far away at all, and I, being ever partial to a highlighter pen and a good chart got to work. My days with two small children under wing became almost robotic as Chris would head to work early doors and I, armed with mental bullet points began to pack up the entirety of the house. Descending into auto pilot I marked off task filled days – mirroring exactly as I had done one year previous – albeit with slightly different weather raging against the panes as I did. Openly thanking the Lord above that I had mass decluttered only a handful of months back and desperately trying to prize it out of Chris that I had in fact been right. I thought about our first year on Harris. How I had uncharacteristically, unashamedly and openly shared our lives vastly around the globe. Connecting so many hearts to Harris and the wonderful things I had accomplished because of it. How, as a family we had driven so far and travelled even further. How, like a pale timid apple tree Bea had blossomed into a thousand springs all at once. How I, growing mentally stronger every day, with a lamp to my feet, had found a path out of darkness. It would be easy to assume, that I had quickly and triumphantly grown into some heroic figure. Of course it’s a nice thought and an even nicer image, but it’s certainly not true. Journeys are long, they are hard, if you have kids they entail uncharted and countless pitstops. They do not happen overnight nor are they meant to. They are painful and embarrassing. They involve a lot of tears and ‘I can’t go! I just can’t do it!’ scenarios. Many slammed doors, exasperated conversations and unmade puzzles. They do however end reader, in the end.

Our first year has been profound, awesome, tiring and testing. Early on I would have summed it up as magical, but I no longer think that. Not because the magic wore off, but because the real magic was unveiled. I felt a serenity when I arrived on Harris. It’s not a romantic notion it’s just a plain very simple fact, that’s how I felt. However, I never truly belonged until I walked through the doors of the Harris Free Church, an elder taking my small cold hand and clasping it in his large warmed palm. Until I sat down, unable to take my coat off out of sheer fear and stood as we sang ‘Amazing Grace’. ‘Do you think they sing Chris? I hope they sing; I hope they sing Amazing Grace’ I love that one’. Well it was the first thing that came out of the congregation’s lips reader, it’s the honest truth. It took me three weeks to finally go, each week having gotten as far as the door handle. ‘No I can’t do it’ I’d say, ‘Not this week’. But the week I did, that Sunday, we sang Amazing Grace.

Until I realised with both shock and understanding that it was God who had driven me 500 miles north, set me on a boat and settled me on a small unknown island. ‘This is why I’m here’ I said out loud to no one but myself.

‘This is why you gave me all that grief eh Lord? You wanted me to find you?’

‘You’re pretty stubborn Lucy, you would come no other way’.

Until I sat at a table – rather nervously after much deliberation – with a handful of women sharing food; ‘I won’t know anyone Chris!’. Slowly realising that I knew them all. That they had all been part of my year. These women had all been there; behind me, in front of me or by the side of me. God had carved and smoothed the way for me to get here, and here, as long as he’ll have me, is where I’ll stay.

‘What are you going to do here Lucy?’ Elliot asked. ‘She’s going to live’ replied a still small voice.

To Mairi and her amazing grace

7 thoughts on “To Grace, Amazing”